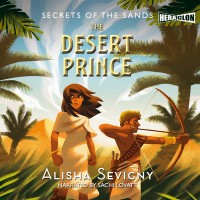 Secrets of the Sands, Book #2: The Desert Prince

Więcej
Ancient Egyptian healer and scribe Sesha is ready for another role: spy.
Be sure to read Sesha’s first adventure, The Lost Scroll of the Physician.
Forced to flee Thebes or face death, Sesha and her friends, Paser and Reb, travel up the Nile and into the desert in search of a hidden oasis. Led by a freed spy, they plan to rescue Pharaoh’s daughter Princess Merat, given to a Hyksos chieftain against her will. Before they can get there, though, they have to battle lurking crocodiles, endless dunes, and blinding sandstorms.
When the group finally straggles into the Hyksos camp, they find the rebels preparing for combat. But as Sesha and her friends spend time with the rival tribe, the lines in the sand begin to blur. When she takes on a dangerous secret mission and learns about a prophecy that could change the course of history, Sesha has to decide where her future — and the real danger — lies.
Cover design by Laura Boyle
Cover illustration by Queenie Chan with permission by Dundurn Press Limited 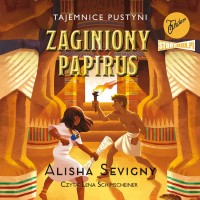 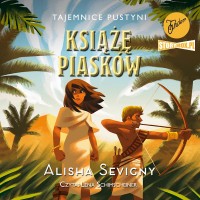 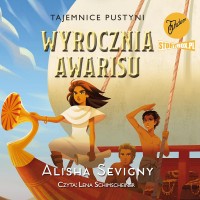